Yesterday there was a terrible earthquake in Christchurch. It measured 6.3 and it caused massive damage.
We are at school today and we feel safe but we know that it is a different story for the people in Christchurch. We heard there were several aftershocks after the earthquake and even one of them was bigger than the actual earthquake.
Rebeka's mum was talking on the phone with someone when it happened and she could hear the rumbling sounds of the earthquake.
Toby's cousins said all their windows shattered in their house but they are safe.
Elijah's uncle and cousins live there and they were frightened because of the rumbling.
Flynn's mum was in Dunedin and she could feel it. Dunedin is far away from Christchurch.
Someone from Zara's family knew someone whose windows all broke and the roof nearly came off.

We have also heard that injured people are being shifted to Auckland because there is no room left.

Our class feels sad and a little scared for the people there and we want to send our love to all the people of Christchurch. 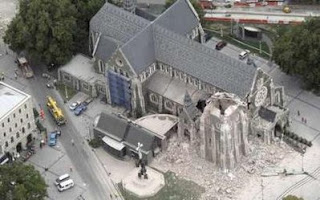 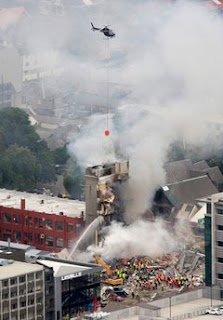