The GLS playground has had some replacements put in but we are very proud because it has been here for since 1988 and is sill in Grey Lynn school after for all these years. We are very lucky to have the playground with us because it is very old,

and our favourite part of it is the red round swings. We play on it at morning tea and lunch.
By Cassie and Lilly 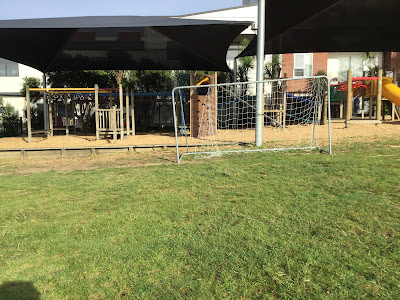 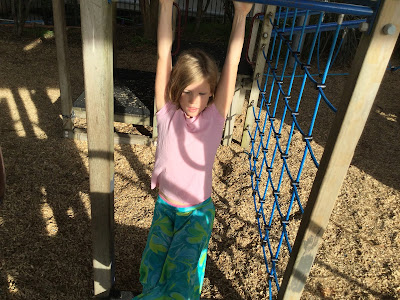 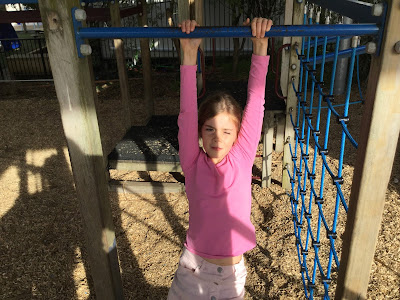 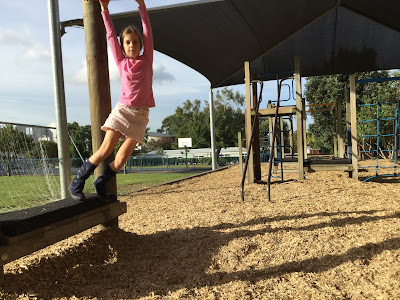 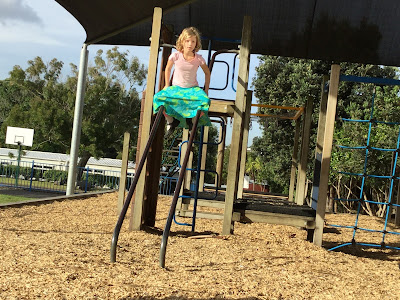 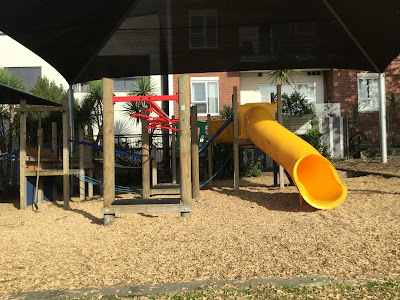 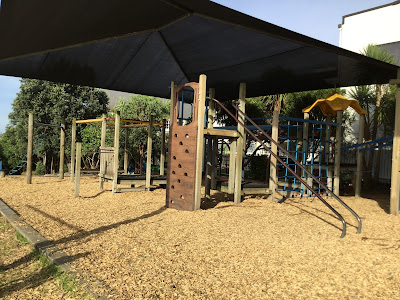 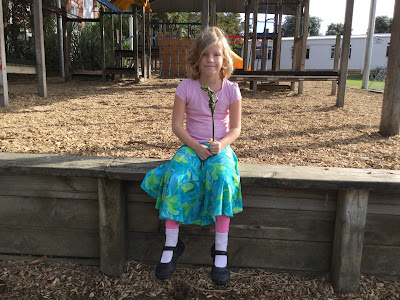 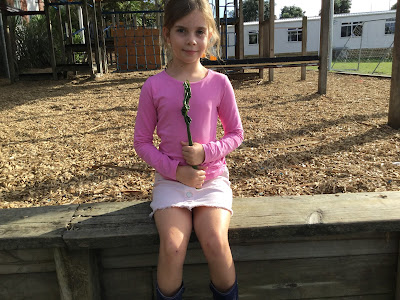 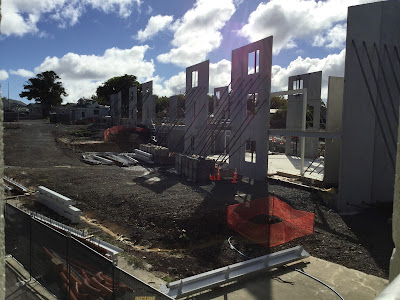 Grey Lynn School has been turned into a construction sight and the builders that are working here have done a brilliant job so far. They are building the gymnasium and the music room. Our library has been turned into a office because our old office got crushed down. We have Portacom classrooms to replace the ones that got destroyed. The walls of the three story buildings tower over the school like mountains towering over a lake. Everyone is really excited about the new build, but it's extremely noisy to listen to the builders work. There are trucks driving in and out of our school witch is very annoying, but it will be worth when the buildings are done.

By Phoebe and Beata. 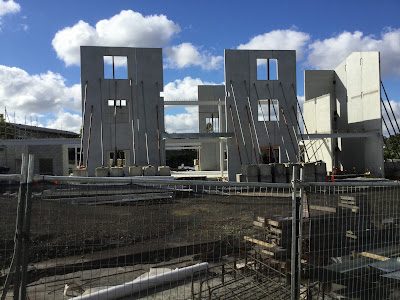 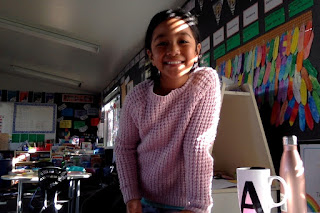 Another typical day at school. Mum and I walk down the hill. ‘’Mum Alex had another accident.’’ ‘’Change him then.’’ We're back home, happy for some reason. ''Maddie you have to change the baby.’’ ‘’I thought I heard mum say you have to.’’ ‘’Nope. Liar, liar pants on fire.’’ ‘’This is how my sister's fight- it’s a nightmare. The fact that I have to live in this family drives me crazy. They always blame everything on me cause I’m the the second youngest in the family. Second youngest means the most mischievous. Everything Alex does makes them say “Aww’’ And no offence to Alex, but he sometimes freaks me out. There was a time that Alex came in my room and he was talking. I have never met a baby at 2 years old talk so fluently. I ran to tell mum and dad but they just said it was normal old 2 year old stuff. I was actually scared of a little baby for 1 whole year. One day we went to go see the movie Trolls. When it was the sad part, you know when they almost get eaten, Alex started grinning so hard the whole theatre heard it. Also at the end of the movie when all the trolls were happy, he felt so depressed. My little brother might be a little creepy, but I love him no matter what.
By Aniva

The gold dragon who ate gold

Once in a dark cave there was a light but it was  yellow. It was a dragon and it ate gold - it only ate gold it never ate fruit, vegetables and meat.Then one day the dragon smelled gold and the gold was in a village, but I don’t mean an ordinary village. It had boys who stole bread and there were broken lamps, fire engines and cars.Then the dragon flew out of the cave and headed to the village. Then one man said "there's a dragon in the sky," and the dragon landed.Then the dragon saw the gold - it was in a shop.Then that man got a net and threw it on the dragon but the net was too small. But the dragon did not CARE. The dragon reached in and grabbed the gold and flew away.The people ran and followed the dragon until they got to the cave. Some people started to climb but it was too steep. Also they switched to plan B but only one man knew plan B. So he raced and got a helicopter. One second he blew the cave up with the dragon inside. After they had a celebration because they blocked the way the dragon would come out. Now the village was safe. By Nikhil 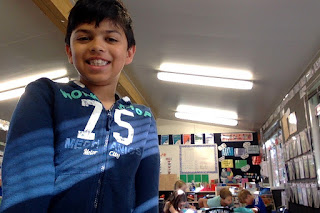 I went to Queenstown, Te Anau and Milford Sound.
Me,Mum and dad did a boat trip down Milford Sound and some people say it is the 8th wonder of the world.
It is a Fiord surrounded by really high peaks which have trees going out of rock.We went through the Homer Tunnel to get to Milford sound.Milford Sound is one of the wettest places in the world and the rain creates hundreds of waterfalls along every peek.The big cliffs and valleys were formed by ancient glaciers over hundreds of thousands of years.We saw seals and dolphins!
When we were on the boat the wind nearly blew us off our feet.
We went for a awesome bike ride it was the best bike ride I ever had.On our way to Te Anau there were these people from overseas who nearly had three crashes. We called star 555 and the cop came to tell them off. 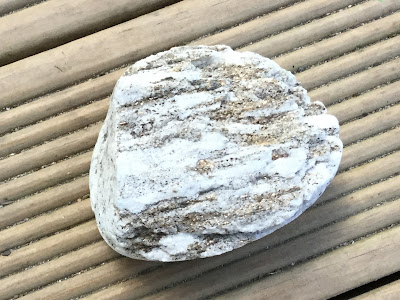 This is a rock I found on lake Te Anau.

Room 10 is back for another year of blogging and sharing their learning with the world!

We love comments so please leave us a comment on our learning. 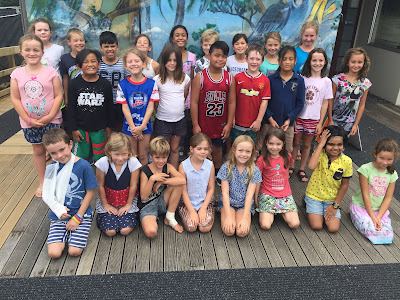 Room 10 have 26 shining stars this year so expect to read something exciting from every student in Room 10. 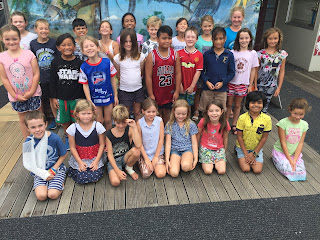 We hope you all have a fabulous year as well. 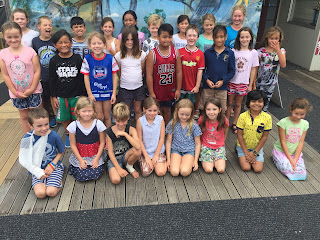 Hi I am Erika and I did 5 facts about cows for Chapter Chat for the book we're reading called, The Terrible Two.

The first one is that cows are social animals and also they are form large herds.
I was really proud of that first line because I had to put two facts together and made one.

Now the 2nd, well cows are actually colourblind to red and green. I know right, crazy! I wonder if they know grass isn't black?
I was really surprised about that when I read that.

Which fact did you find surprising?
By Erika 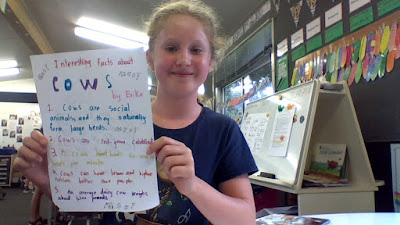