On the weekend I went on the computer and I played games. The games were Roblox, fortnight but we had to go to the tuckshop. We had lots and lots of people ordering chips, lollies and hotdogs. After we went to Genjis Khan. CJ was there for his Grandma's retirement. We went because we had to go for my mums weight losing challenge.The stuff was for free but you had to pay for the family. There was sushi, broccoli, chips, ice cream, pancakes and other stuff. The next day I went on the computer and we went to Pasa. Denzel was chasing me on a bike with a bat. We played softball and I only got one home run. We got Mc Donalds and I got a frozen coke. My sister got a choctop.
By Anthony 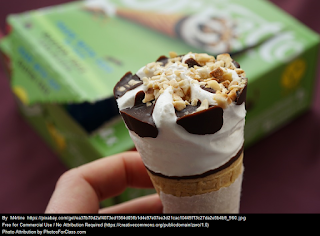 Anzac day facts
1. How did the war begin? On June 28 a Serbian nationalist called Gavrilo Princip killed Archduke Franz Ferdinand.
2. Where was the war?The war was in Gallipoli.
3. Why was the poppy the main flower on Anzac day? The poppy has being linked with battlefield death since World War 1.It is a symbol of war remembrance.
4. When did the war start and when did it end? The war started in 1914 and ended in 1918.
5. Were woman in the war? Woman were in the war. They were nurses and spies.
6. How many people died? Over 16 million died.
7. Were animals in the war? There were animals in the war.The animals were dogs and almost a million horses.
8. Were there kids in the war? There were kids in the war. They were boy scouts and girl guides.
9. What did they eat in the war? They ate cake,chocolate, tobacco and tinned food.
10. What does Anzac stand for? Anzac stands for Australia and New Zealand army corps.

Have fun watching our presentation. We also created Anzac Cove using lego. Pop into Room 10 and we will explain the story to you.
Zara and India

Today Room 10 went on an Anzac web quest. On Monday we talked in groups and recorded what we already knew about Anzac day.

Then we shared our facts.

We talked about how can we learn more about Anzac Day but make it all about what we want to learn and Andrea said we should go home and think about the W from KWL.

Once we had our W, Andrea said we could work in pairs or on our own and decide how to share our learning.

Today was great. We were in charge of our learning and we chose how to present our learning. We also shared our learning with the class and got valuable feedback and feedforward.

Please take a look at all our work or pop into Room 10 and see our posters on the walls.

Andrea said Term 2 will be a lot more like today and when we voted who loved it, everyone had their hand up!

Hi I am Erika and I did a story called Flashemon. It is about a  DETERMINED dog that was different and he was on a quest to find people. His friend's name was Pan-cake lover and later on Pan-cake lover and his friend  find... a king cobra - the size of 2 sky tower's ! Flashemon will uncover his greatest fear. Flashemon's friend Pan-cake lover plays an important role in the story by going through traps and puzzles. Flashemon likes to really think about it before doing it.