My trip to canada

One day I went to Canada to my cousin' sister and my little cousin when it was 2009.We had fun being together but then things got to be bad. My little cousin's brother pulled my hair. It was very hard and it hurt. Then my cousin sister made me scared because of Canada has more bad guys and once I just went by my self around and I thought it is bad at Canada.We went to 2 trips at African Lion Safari. We went in their car and went around and see the animals.The monkeys just got on our cars and it was funny.The fun part was that I swam in the Safari Park and the bad part was some boys laughed at me. My second trip was at Niagara falls.The best part is that there was a boat there and I saw men were in there. Once I saw in a photo that my uncle was in that boat when I was little toddler or a baby. After that I went to London England and saw Big Ben and also went to Paris and saw the Eiffel Tower.
By Aum 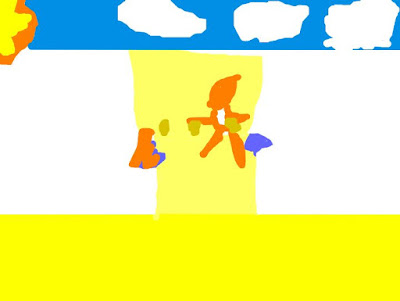