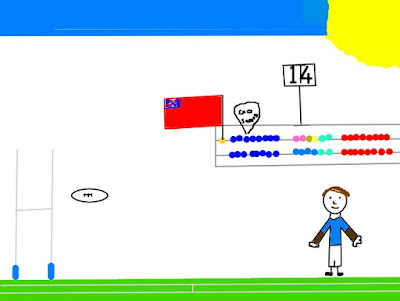 On Wednesday we went to  Western springs to watch the Manu Samoa  practice their kicks and  high kicks. Then when they arrived we said lets go Samoa. lets go!  It was really loud. I  couldn't  hear the man speaking . After that we sang a Samoan song called, Le Aute and said CHOO. The other school on the other side was trying to get louder than us but we were louder.  We hope Manu Samoa win against Fiji on Sunday !